Pisgah Forest Baptist Church began in the Mackey Bottoms of Pisgah Forest, North Carolina after a meeting on October 8, 1916.  Twenty-nine members from Brevard Baptist Church and two letters from Turkey Creek Baptist Church were transferred to Rev. A. I. Justice of Hendersonville, NC to begin forming Pisgah Forest Baptist Church.  Officers elected were Mr. R. E. Mackey (first deacon), Mr. G. T. Frady and Mr. James Lyday elected as deacons and Mr. L. C. Lynch, first clerk of the church.  The newly organized church voted to apply for membership in the Transylvania Baptist Association and was accepted into the Association on October 13, 14, & 15, 1916.   Rev. J. F. Morgan was elected as first pastor on November 26, 1916.    They met in the Union Church in 1915 and in 1921, the church got a clear deed from the Methodists who had moved elsewhere.  In 1921, the church voted to build the belfry on the  building.  They continued using the one room building until May, 1939, when they voted to build Sunday School rooms.  Rev. J. I. Underwood was pastor during this building and completion of new rooms.    In 1959 under the pastorate of Rev. James Ballard, the church voted to purchase  the Purnell property for a new building.  In 1961, the plans were voted on and ground was broken; construction of our present sanctuary started in the Spring of 1966.  The building was completed and the first service was held on the first Sunday in December.  Rev. Bill Penley was pastor.  In 1973, the Purnell  House was torn down and ground was broken for a  new educational building.  It was completed and in use by August, 1974. 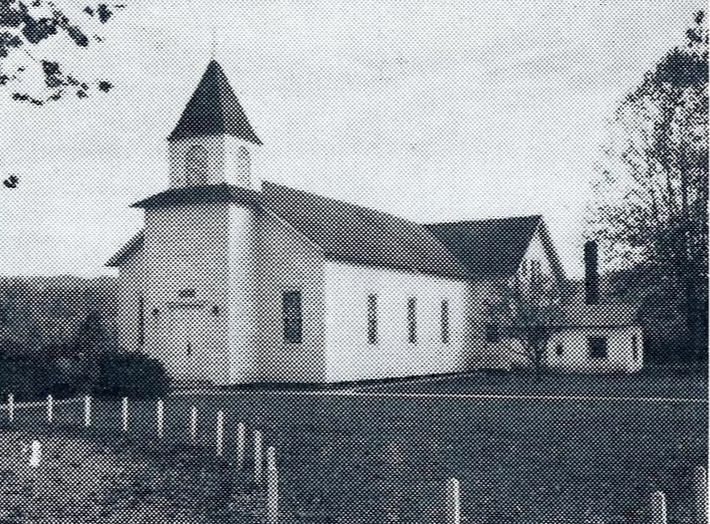